This beautiful trail skirts the top of the coulee on the west side of Lethbridge and then right down into it. If you head north right at the start of the loop, you’ll get a good burst of cardio in at the end by coming back up the stairs at the end of the loop. Note that dogs/bikes are not permitted on the section through the Nature Reserve at Elizabeth Hall Wetland (there is a bypass route) as it is an ecologically sensitive spot where ground nesting birds are present.

Also be sure to stop and watch the Western Painted Turtles! Resident wildlife include muskrat, beaver and a wide variety of birds.

Bull Trail Park was named in 1986 and occupies about 200 acres. The name commemorates the bull trains. In the 1870s and 1880s – before the arrival of the railway in the area – the way to transport large loads up from Montana or between communities was via the bull trains. A team would pull three wagons which between them carried up to 15 tons of freight. The oxen were trained to the yoke when three or so years old and could work for three or four years. The leaders were usually animals that had a couple of years experience.

The three wagons – the lead, swing and tail – were organized so that the majority of the weight was in the first wagon and each wagon was progressively lighter and smaller. Several teams would travel together from Montana – partly to help each other manage the teams but also for assistance when crossing rivers or ascending coulees/steep hills.

The trails the bull trains traveled became legendary – the Benton and Whoop-Up Trails that connected Fort Benton and Fort Whoop-Up and Fort Macleod. Trails with tracks carved deep into the soil as the wagons moved slowly but surely across the plains pulled by the long string of teams. And, perhaps, if you should happen to stand one day along where the trail once ran you can still hear the colourful language of the bullwhacker encouraging his team to move just a little faster.

Thanks to Curtis Goodman of the Helen Schuler Nature Centre and Belinda Crowson of the Lethbridge Historical Society for contributing to the above information.

Don’t forget to upload a photo to social media once you’ve completed the trail! Tag @VisitLethbridge and use the hashtag #VisitLethbridge on either Twitter, Instagram, or Facebook to be entered to win a 2 night stay at one of our partner hotels. Contest closes on August 31, 2021. 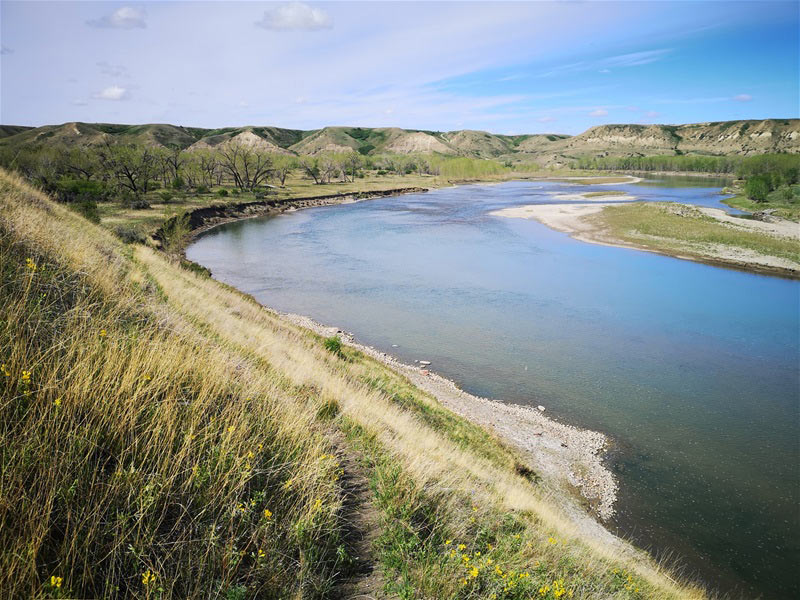 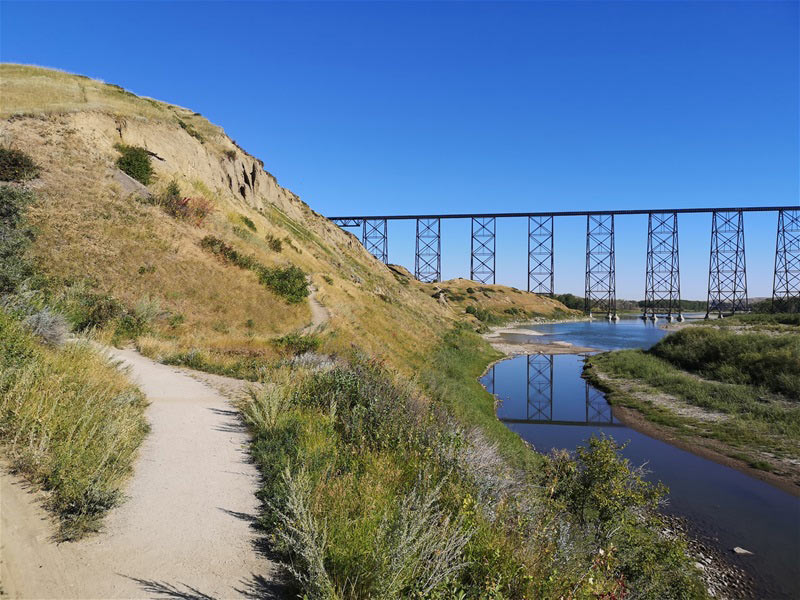 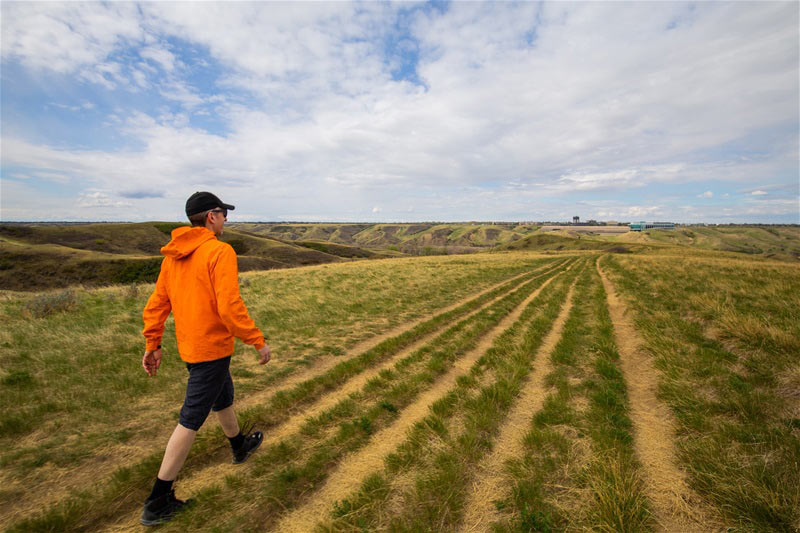 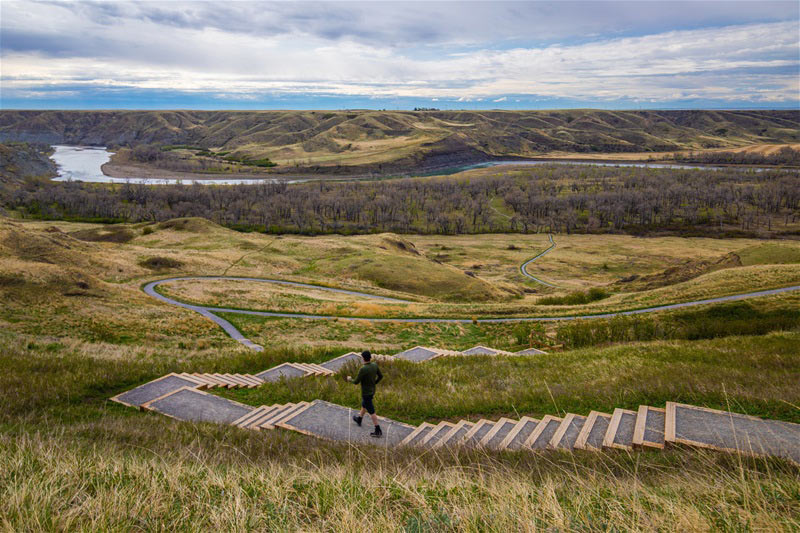 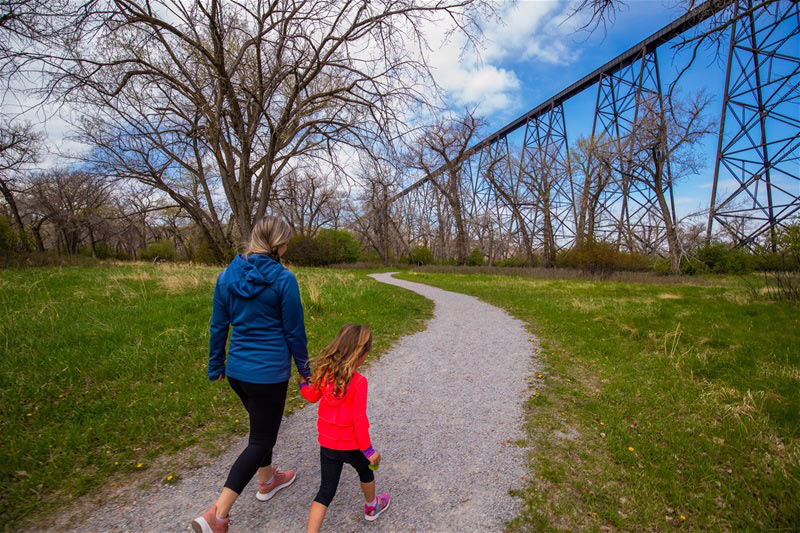 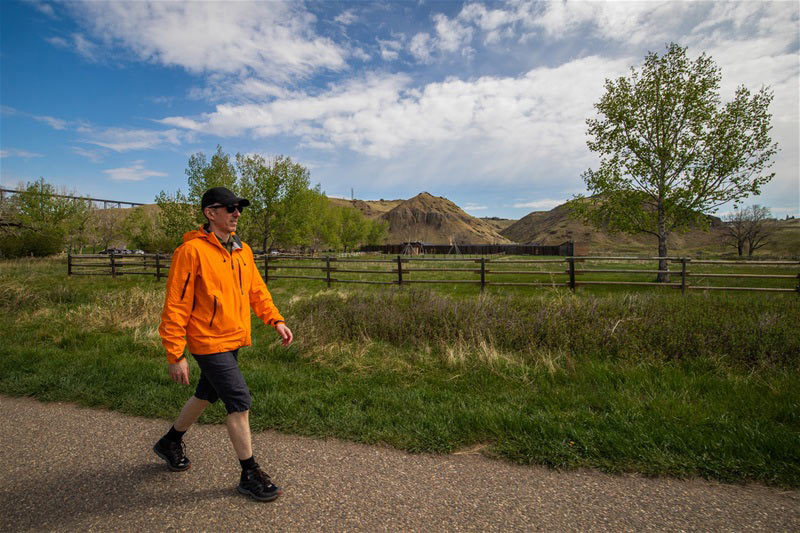 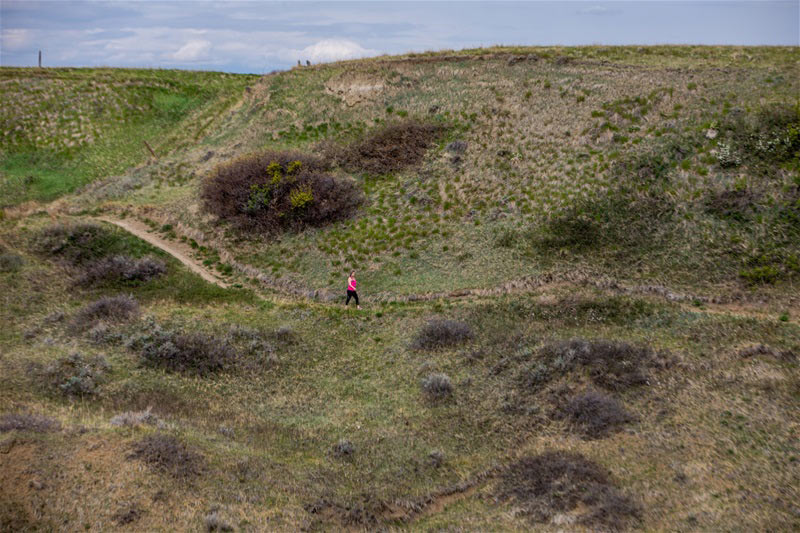